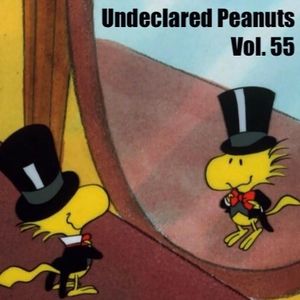 The first song was unexpected. Not much of a country fan, so I was rather annoyed that I was paying attention to it without anger (after all, it wasn't Radiohead). Then I justified it in my mind as more folk than country because it lacked the twang. Then got Trent's Palate Cleanser! The rest was a wonderful meandering story that I feel privileged to be listening to.

Poe + Depeche Mode sounds amazing, and I’m a bit jealous! For much of the 90s I was living in the middle of nowhere with little money, and it feels like I missed out on a whole era of shows from some of my favorite artists; I did have a close friend who scored me a signed Hello CD from one of Poe’s shows though, a highlight of my collection. Poe’s story as an artist (which I just caught up on via wikipedia) is pretty wild; her career seemed to end so abruptly. Also, I hadn’t realized until I was putting together the first Crochet World that Poe’s Fingertips was one of J Dilla’s first production credits. Anywho, I heart Poe.
p.s. I also appreciate the first track on re-listen! Maybe I was grumpy on Sunday - I should clearly trust your selections by now. Nice “haunted” link!

I have to admit, that first track wasn’t the bee’s knees for me, but once Trent’s drum machine kicked in all was good. LOVE that you included Poe’s Haunted - proof that someone other than me found her second album (and presumably enjoyed it). Rogue Wave, Cults, When in Romeo, Visage! So much eclectic goodness…

I saw Poe tour that album live and it was amazing. If I recall correctly, she opened for Depeche Mode, and I want to say it was the Exciter tour. It was a phenomenal show, for personal reasons.

Verbs From The Dungeon Pt. 22mo ago

That K. Flay is whoa.

I adore her. She puts on a great live show. 🖤⭐️