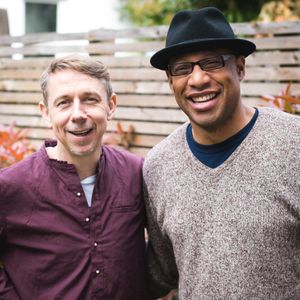 Blue Note recording artist and jazz drummer Otis Brown iii swung by the Brownswood Basement back in May, and discussed his background including fellow New School graduates Bilal and Robert Glasper, and his links to legends like the most recorded drummer in history Bernard Purdie and Donald Byrd.

Plus, Otis discusses his favourite drummers of all time, and the process behind his debut album from 2014, 'The Thought of You'.

I love all these guys. Thanks so much.

Oh my God. I have to get this. The song playing before Gilles asks how old are you? Wow. This is so beautiful.

Sitting in the hotel lobby in Johannesburg, headphones on and so glad I clicked play. Be prepared for the opening tune. It hits you right in the heart. Jazz. Close your eyes and listen. It triggered thoughts of being in an airplane way up high...sitting in first class, sipping sparkling water. ‪#‎Dope‬