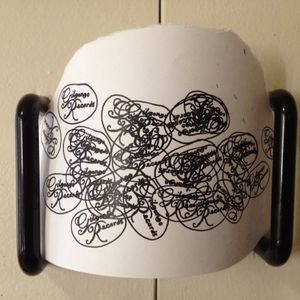 Happy New Year! Here is a recap and sampling of most of what was released on Gilgongo Records in 2014, with a few selections from upcoming / early 2015 records as well. Some are played straight through, some are just excerpts, some are layered on top of others, etc. I don't usually timestamp the mixes because of how much actual mixing there is, but for the sake of making it a bit more easier than normal to figure out what something was - I'm trying it out for this one.

2014 was a really abnormal year for the label, with a lot of releases from bands here in Arizona (where I have been living since 1999), and as well in regards to quantity. There is already an unhealthy back-log of new things coming out in 2015, and it will surely be a continuation of Gilgongo's left-of-center (most the time) and painfully inconsistent, stream-of-consciousness genre jumping. Hold on!