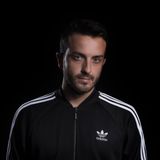 Gianluca Caldarelli is an Italian DJ/Producer born in Naples in 1987.

When he was only 14 years old, Gianluca started his love affair with underground music fascinated by House and Techno musical scene that was often heard in Napoli's best clubs. He then approached the art of Djing and Producing, becoming an artist pushing for sound innovation and the sharing of real emotion through music.

Gabriel Ananda calls him "The Master of SexyBeats". His productions are based on grooves that vary from Tech-House to Techno often combined with deep and elethronic sounds. Many International DJs like Marco Carola, Loco Dice, Paco Osuna, Barem, Stacey Pullen have shown their support for Gianluca and he has come up on important labels such as Stereo Production, D-Floor and Deeperfect.

In 2011 he was ready to give shape to his first project. He launches the label "Expectancy Records" with the aim to work together with new talents and release new experimental music.