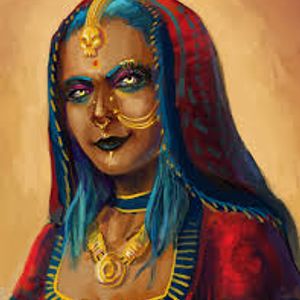 this mix is sweet man, I love this ethnic soundscapes. it's amazing how this realm of dubstep a.k.a. 140 a.k.a. bass is capable of connecting people from diferent backgrounds and ages. and still lives in the underground like a society within the society. when those deep beats plays time freezes but at the same time the mind reminisces. I was introduced to dubstep a little bit late, between 2010 and 2012 I think, a friend from Bristol showed me some Mala tracks, back then I was living in São Paulo...

Another excellent listen from not too long ago, but long enough to make it more impressive how well this has aged. I got into Dubstep back around the same time after a chance encounter with a Dubstep tent at 4am in a festival in Ireland. My legs were in bits from a weekend of it, and the slower dubstep vibes were perfect for my fragile body. I think Hatcha was playing and the Tent was no bigger than my living room. It was an awesome experience and all the tracks were along these early sound lines.
I immersed in in for a while back then, and loved all the big Wub wub stuff when it first came out. But then that seemed to be ALL that came out and the whole thing faded again.
So thanks for a trip back to when it was all super exciting and original. I'm gonna track down most of these myself for the collection. Some absolute dingers on there.

Thanks for listening Fitz, and the feedback! Yeah around 2008 it all started going tits up, a lot of people thought Coki's Spongebob was the blueprint, and the Americans lapped it up and it turned into screechy brostep (fucking Skrillex!!), even Hatcha jumped on the wubwagon :( Lots of the early pioneers got fed up and started making 130 house, if they made anything at 140 they called it bass, anything but dubstep, haha!! I have some mixes from around 2006 that have tunes that are closer to garage, in fact when I first heard this out and about in Brixton I thought it was breakbeat that had evolved, cos breaks at the time really needed to have a word with itself!
https://www.mixcloud.com/ghandi/ghandi-cafe/ https://www.mixcloud.com/ghandi/ghandis-sandals/
Check out the albums In Fine Style and To The Rescue by Horsepower Productions, Margins Music by Dusk and Blackdown, and the compilation Blackdown put together called Roots of Dubstep.
Dusk and Blackdown's shows on Rinse FM push a kind of house that's as innovative to my ears as the best of early dubstep:
https://soundcloud.com/dusk-blackdown

I think you're referring to Kaly Live Dub 'Cross Reality'