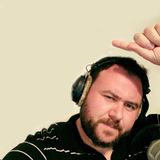 Never miss another
show from G-Groove

Vaggelis Gryparis , better known by his stage names
G-GROOVE and BEAT ON BOARD,
is an electronic-music producer and dj from Greece ,
Have studied Musical technology and production of music.
He has released on labels such as , Ready Mix (Canada) , Drizzle Music (USA) , Soulshift (USA) , Planetworks (GR) & NRG (GR).
His career as guest Dj it begins in 2000, as well as a longtime performer for many Athens & Mykonos-based clubs,
including Sixx Athens , Pacha and Paradise club etc.
He has been presented next to very famous Djs and producers as: Paul Van Dyk, Erick Morillo, M.A.N.D.Y , Hot Since 82 , Francois Kevorkian, Matthias Heilbronn, Milk and Sugar, Harry Choo Choo Romero, Miles Hollway, Jay-J, Latrice Barnett and a lot of other.