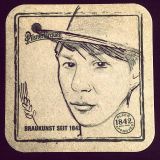 S.A.L Suzuki has been an active DJ since 1995, he started music journey with Hiphop music, and then switched to Dance music in 1999 because of shocking encounter with rave culture. Since then he became best known for being the top Japanese Progressive Sound DJ. After complete frequently touring all over Japan, he has spread his sound all across the universe, touring all around the world at top clubs, parties and festivals including - Fuji Rock Festival, Labyrinth, Fusion Festival(DE), Rainbow Serpent Festival(AUS), WMC(Miami), and around Europe. S.A.L. is based in Berlin since 2007, now he is playing groovy and funky deep house set, as well as some of techno beats. He does his magic in many clubs and festivals using his outstanding DJ skills with 100% pure vinyl. Lately he has started new project with playing only Japanese rare groove with aspect of “Club Sound”. you can rarely listen those music in Europe, directly from dusty crate somewhere in Japan. djsal@nomusicnolife.org