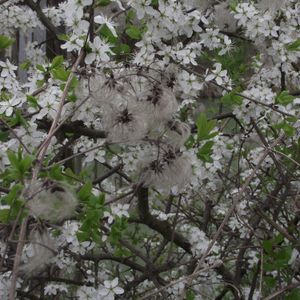 Birdsong is possibly the most omnipresent manifestation of acoustic zoology, a type of animal sound that nearly everyone, nearly everywhere on earth is familiar with. For the same reason, birdsong is the most widespread cliché of “natural sounds” that is used whenever a commercial product is aimed at creating a simulacrum of “untouched nature”. The four-channel installation piece “For the Birds” ironises this idea of a “purely natural soundscape” by overlaying two channels of “real” birdsong, recorded in the field, and two channels of “fake” birdsong, recorded from commercial appliances such as wake-up lamps. Can you tell the difference?

Klonk is an interdisciplinary duo formed by painter, guerrilla artist, and community gardener Tine Klink (b. 1973) and audio artist, poet, and theorist Gerald Fiebig (b. 1973) in 2011.