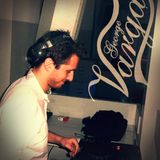 https://www.facebook.com/george.vargas.5832
Born on 18 Sept. '84 in Athens. He got in touch with music from his early years, taking piano courses making obvious his talent in music. Since '96 and on the occasion of the album Leftism from Leftfield, he was attracted by electronic music. As a result, after the completion of his studies in naval architecture, he decided that it was time to do something that he always wanted, taking courses of electronic music production. Meanwhile his passion for music continued to evolve, so DJing became part of his life & developed through events in clubs of Athens. So far, his sounds on his radio-shows, varying from chill-out and lounge to deep-tech house, melodic techno & progressive house, have always been something special for his listeners. Along with his devotion to music, his musical inspiration originates from the sounds of Hernan Cattaneo, Nick Warren, GuyJ & Henry Saiz, as well as other Greek and foreign DJs, giving his DJ set a special sound.