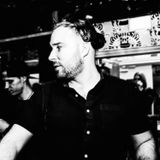 Gareth Ainsworth has been DJing for over 20 years from the age of 10. In that time he has played to thousands of clubbers in over 200 venues across the world from Ireland to New York and as far as Sydney.

Over the years Gareth has held residencies at some of Northern Ireland's most popular including El Divino, Box, and Sense Cookstown.

Gareth was one of the main resident DJ and co-promoter at Box Nightclub Belfast, which was Northern Ireland’s largest club, followed by Plastik and then on to his current venues Broken Shaker and Filthy McNastys where you can catch him each week.

Today Gareth continues to develop his DJing career, playing a mixture of Urban & House tracks but also those that are classic and timeless.