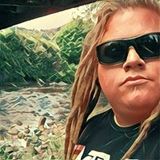 Never miss another
show from G.A.M.M.A.

Born and raised in Northern California, G.A.M.M.A. (AKA Paul Plescov) burst onto the techno scene in 1997. Listening to many different styles of underground electronic music at a young age has made G.A.M.M.A.’s own musical style diverse, hypnotizing, and addictive. Spinning a continuous and flawless mix of an eclectic palette of bass music, house and techno, has brought G.A.M.M.A. worldwide notoriety.

Founding the Stilldream Festival in the year 2000 proves G.A.M.M.A. is not just another DJ. Now many years later Stilldream has a strong dedication to quality, bringing innovative music to everyone.

G.A.M.M.A. still makes each night seem like the first. His enthusiastic spirit and passion show in every performance..That’s G.A.M.M.A. . . . pushing the sound, leading the way, and leaving an indelible mark on a musical landscape called techno.