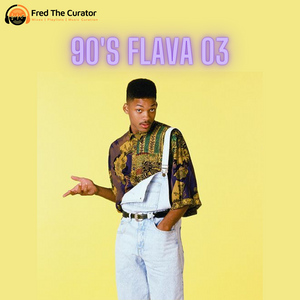 The 90s were definitely the Golden Age of R&B before it became the new modern pop (Beyoncé, Badgilriri, Drake or The Weekend at the head of the bridge). Myriads of groups, solo artists, male and female, some of which have left their mark on music far beyond R&B fans.

The sound of an era. Taking up the basics of ryhtm'n blues / soul from the 60s, gospel and funk, updated and strongly influenced by its big brother: Hip-Hop. At the time, moreover, especially in the US, R&B and Hip-hop were strongly linked and collaborations between artists from both worlds were commonplace.

In this third volume of the 90's Flava, we navigate between 1994 and 1998 with classics from Chante Moore, Shola Ama, Total, Dave Hollister, Jason Weaver, rare remixes of Blackstreet, Levert, Alfonzo Hunter, Montell Jordan, Horace Brown... and lots of other little delicacies.

More from Fred The Curator