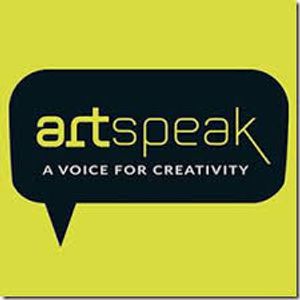 Art Speak - A Voice for Creativity is your window on the world of culture every two weeks.

* Richard Hadfield, who left BGT 2014 winners Collabro last year, Richard's now working with some top names in the music industry to persue his love of jazz, swing and musical theatre. He talks about his solo career and much much more! He also plays some superb tracks by musicians that were big influences on his musical career.

* Pauline Amos - an internationally renowned painting and performance artist who challenges her audience. Her new exhibition, Pity The Meat, is at Stolen Space Gallery, Osborn Street E1 from 15 - 24 August and Pauline talked with John Flannery as the exhibition began, as she prepared to do a five day durational painting across one wall of the gallery. Paz Caplin has also produced a vinyl album to with the show!