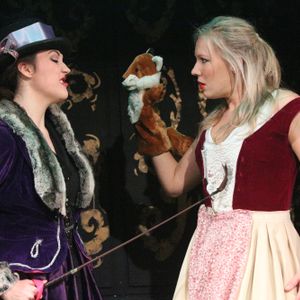 Art Speak - A Voice for Creativity is pesented this edition by John Flannery and Meesh Jay.

We headed out of the studio for this show, covering early December 2016.

John and Meesh headed to The Hope Theatre to talk with Artistic Director Matthew Parker and producer for LWL Productions Andrea Leoncini on the joint 25th anniversary production of Bryony Lavery's Her Aching Heart, on stage from 29 Nov - 23 Dec.

And John was in conversation with creative coach Nicky Moran, who is about to set up the Trailblazers School For Creative Mavericks. Find out more about the course, and about what Nicky offers to creatives with her brand of coaching!

The show airs on a number of online radio stations, including Soho Radio on alternate Saturdays at 9am.