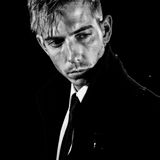 Rich Wakley definitely has electronic music in his blood. An ever present on the house and techno scene in various guises over the last fifteen years, he looks ahead to 2015 with major excitement.

Across his journey Rich has played and produced a wide spectrum of music taking in the deeper, techier sounds right through to peak time techno. It is this legacy that sees him arrive at his current sound; a mix of solid beats and infectious grooves that is receiving plaudits the world over.

Whether it’s topping the Beatport charts, releasing on labels like Hot Creations or blasting out sets all over the world Rich’s energy is there for all to see. As a DJ, Rich has played man...