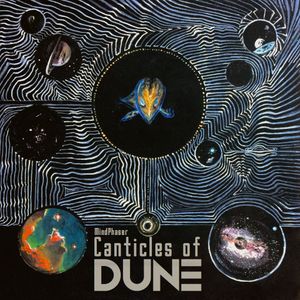 The new record, based on the Dune saga, is going through its final mixing (9 Track). Below, some brief commentary on each track:

Each track corresponds to impressions based on several recurring themes central to the Dune saga, such as the transformational effect of spice melange on humanness, the importance of planet Arrakis and its giants worms, the violence of the sandstorms, the raw character of the indigenous people of Dune, the commitment of the brotherhood of navigators which allows to journey through space time, the persistent and patient artificial intelligence "Omnius" and the cruel human-like robot "Erasmus", fascinated by understanding how human beings feel