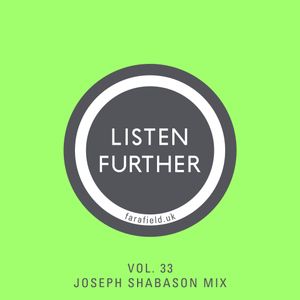 We’re off to Toronto, Canada for the next volume and a man behind various ambient-jazz excursions, Joseph Shabason. It was a certain release in particular that peeked our attention here at FA HQ, and that was the beautifully packaged, and beautifully composed, 'Anne', from 2018. An album that oozes emotion, and one that is dedicated to Joseph’s mother. In addition, Joseph is a regular session musician and also founded synth-pop outfit, DIANA, and has contributed to bands such as Destroyer and The War On Drugs, as well as collaborating with another one of our favourites, Gigi Mason. The mix he has submitted here is as experimental as the music he produces; an eclectic journey into the (mostly) unknown.

Good for my quarantine!

Glad it could be of service :-)