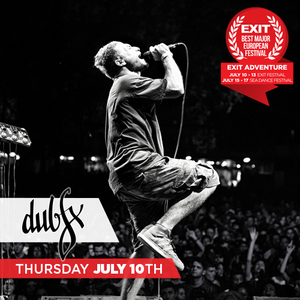 An addition to the powerful bass lineup comes in the form of Benjamin Stanford, aka DUB FX, who will be performing on Thursday 10 July. Dub FX made his recognizable breakthrough with a DIY approach to music, where everything he does is created with his own voice sent through a looping device, and further processed and filtered, resulting in phenomenal background beats for studio and live performances. His video for "Love Someone", recorded in the streets in 2008, only earned him even more recognition, and serves as the perfect example of his unquestionable talent. The Australian musician will present his third studio album "Theory of Harmony" to the EXIT audience. The album was released only a month ago, and serves as a unique manifesto of his conscious philosophy of peace, positivity, joy and healthful pursuits that had been embraced by his fans all over the world.

Thank you all for listening and nice comments! Cheers!

Great tunes and an excellent flow in this mix. Very good.