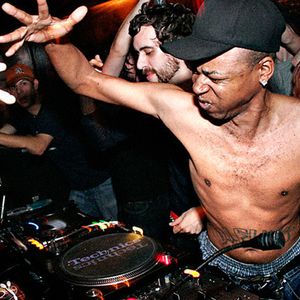 Now how to describe the one and only DJ Funk? Pioneer? Party out of bounds? Ghetto house icon? Growing up on the musically rich west side of Chicago, DJ Funk was exposed to Chicago, New York and Detroit dance music at an early age. Developing from these influences, he started out as a teenage DJ at house parties, school dances, neighbourhood clubs, and selling mixtapes in the hood with his Do Or Die crew. Hip hop also was a big influence on DJ Funk and with his early DJ sets he helped push it into Chicago’s club scene, back when it wasn’t popular or mainstream. Mixing house, techno and hip hop, Funk pioneered his ghetto house and Booty House Anthems sound, and this sense of crossing boundaries has made his music so appealing and enduring to many people across different musical scenes.

Chicago’s underground music and ghetto house legend live and direct from the US of Bass. Explicit lyrics. Parental advisory needed!