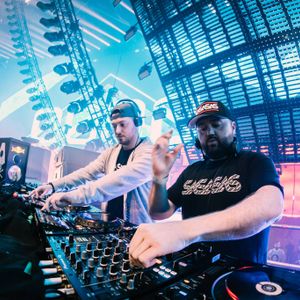 It’s the time of year many people have longed for throughout a miserable European winter - the start of Spring. A season where we begin to get excited about the prospect of sunshine and the upcoming summer schedule as the first festival seeds of the year blossom their long-awaited heads. Kicking off the festival season in Belgium was Rampage - an event quite rightly billed as the biggest drum and bass and dubstep party in the world. But with ‘The Beast From The East’ descending on Europe (and we don’t mean Andy C) it was the wintery weather scenario everyone attending the festival had been dreading.

The sheer magnitude of seeing so many people at an electronic music event was shocking enough – to see them constantly illuminated by the breathtaking visuals on the stage, but also at different points around the room, felt like a spectacle within itself. It was easy to lose yourself staring at the crowd. Until next time Rampage.

Fucking MCs need to know to shut the duck up