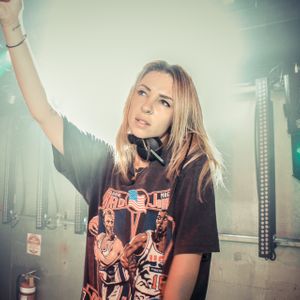 At the age of 16, the young Aussie Alexandra Sholler journeyed to Europe to study classical music. Fast forward to 2018, she goes by the name Alison Wonderland, making some of the freshest electronic music around, touring the world, and most importantly, staying true to herself.

In April, she played uber-popular festival Coachella to an over-pouring crowd of 20,000 fans at a prime night-time slot in the Sahara tent. Her performance marked the highest billed female DJ to play Coachella. While she’s been a prominent and ever-evolving figure in the electronic music world over the years, her current spot in the limelight stems from her recently released album, Awake.

Alison Wonderland has a special mix in store for listeners, with selections from Awake, as well as songs from favorites like Kanye West, Dua Lipa, Bad Bunny, Virtual Self and Hudson Mohawke. Expect mashups you’d hear at a festival main stage and energy unique to Alison.

Wow, I am very impressed.