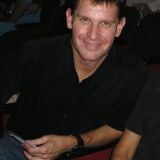 Never miss another
show from euretrodance90radiomixes

This channel is my personal collection of dance music radio recordings from 1985-2004 that I'd recorded on cassette tapes and now have transferred to mp3 during the past few years.
Most of my 90s dance music radio mixes were formerly on my SoundCloud channel under the same user name (without quotes) "euretrodance90radiomixes"
I will be gradually adding to this MixCloud channel some of my dance music mixes that I recorded during the 80s, 90s early 2000s from various radio stations in the USA, Canada, London, Paris and from all around the world.
Stay tuned!