On Board The Titanic- A Thousand Miles from Home. Part Three 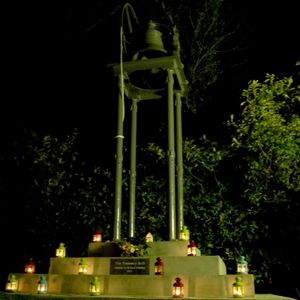 On Board The Titanic- A Thousand Miles from Home. Part Threeby errisfm

On the morning of April 9, 1912, fourteen ordinary individuals ranging in age from 16-42, set out from the small village of Lahardane, in the parish of Addergoole, County Mayo.
Of the fourteen who set out that morning, eleven perished six days later when the Titanic collided with an iceberg and sank, eight hundred miles of the coast of Nova Scotia.
While this story appears at first to be just a local story of emigration, hope, disaster and raw personal loss, it quickly becomes apparent that it is also a global story, which has enormous resonance and significance – a unique, largely unknown, true story which was born in hope but ended in calamity. This is the third Part of a Three-Part Series, written and presented by Steve Dunford, and recorded by Tony Conway for Erris FM Community Radio.
A Sound & Vision Programme funded by The Broadcasting Authority of Ireland. Winner of CRAOL Achievement Award 2014.