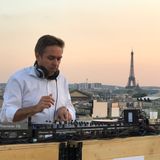 Having mixed for more than 20 years, Emrik has proven his skills & professionalism as DJ on both Parisian and international scenes. Born in disco, raised in the new wave, Emrik puts efficiency and fluidity at the core of his modern dancefloor sound. Driven and demanding, he is set in a disco house tempo that will unanimously move his different clienteles. Emrik is flexible, listens to his audience & adapts his set to an ever-evolving audience, drifting to electro-pop, latin house or deep house depending on the needs of the night.

His sensibility & strong experiences never fail to fill up the dance-floor on the many events he’s worked on. Whether for corporate or private events, edgy audience or a more casual setting, Emrik will set the mood just right. His experience mixing from 100 to 1200 people, in different settings (NY, Atlanta, Orlando, Monaco, Cannes, Mauritius, Corsica among many others) accounts for the richness & diversity of his mixes.