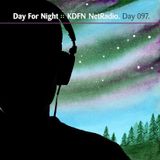 Never miss another
show from Day For Night Label : NetRadio

Eric Scott is a composer/producer, artist, writer, DJ and sound designer from Santa Monica, CA. He created Day For Night in 1991 as a boutique independent music label with an original catalogue of electronic, abstract, pop and avant-garde-jazz-classical music releases of his own.