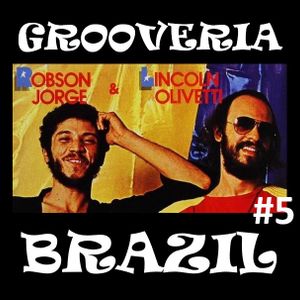 This show was 75th in the global funk - soul - jazz chart.

Songs produced and arranged by the brilliant Lincoln Olivetti, who also composed and played the keyboard, and Robson Jorge, who also composed, did backing vocals, played the keyboard, drums, percussion, guitar and bass.
All songs were released in the late 70's and early 80's, the peak of the duo's career.
Pay attention to the strong influence of Funk and Disco on the tracks.

Nice one, big up!

Thanks for the support!!