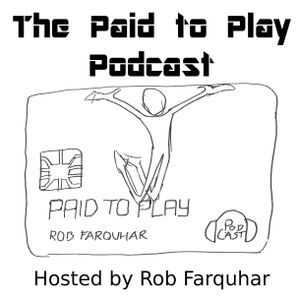 Tabletop roleplaying and digital game designer Jared A. Sorensen has been a mainstay of the indie scene since the turn of the millennium. He's probably best know for his roleplaying game InSpectres, about busting ghosts while balancing the budget, but he's worked across projects across the gaming spectrum.

Jared is one of my classic guests. I first spoke with him for Episode 8, all the way back in 2012, and I'm glad to have him back on to talk about his latest project, a hardcover compilation of his Parsely series of party games inspired by the text-based computer adventures of the seventies and eighties. As of this posting, the Kickstarter for the Parsely book has finished with over 300% of the requested target!

Join us for a chat about nightclubbing spiders, the great screenwriter in the sky, running a game at a planetarium, adjectives and expletives in Australia and the United States and being a travelling mad scientist!

More from Episodes – The Paid to Play Po