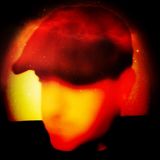 Never miss another
show from Emkai

Emkai is a deep house DJ from the UK. He has been DJing for over 15 years. He is known for spinning deep, techy and soulful house but his music collection and range extends to disco, funk and soul.

Over the years, he has played alongside some of the best house artists in the world; Tony Humphries, Joey Negro, Peven Everett, Halo, DJ Romain, Mr V, Tommy Bones, Atjazz & Domu to name a few. He built up a big following in his hometown of Liverpool, but has also played throughout the UK in major cities such as London, Manchester, Edinburgh for well known and renowned underground events including Soul Heaven.

Over the last 2 years, after moving to NYC, he has become a known player within the house scene playing at various events throughout the city, and holding a residencies at Rendezvous NYC, BIG LUV! & Flex. Emkai is one to keep an eye on, his contribution to house music has only just begun.