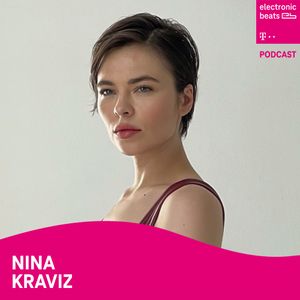 The producer and DJ Nina Kraviz is one of the most famous and successful artists in the techno world. Born in Irkutsk, Siberia, she fell in love with electronic music through listening to radio transmissions. Kraviz initially moved to Moscow to study dentistry and after a brief stint in her band MySpaceRocket, she went solo shortly after, with a string of productions on Efdemin’s Naïf, Jus-Ed’s Underground Quality, and Matt Edwards’ Rekids. Her 2011 single “Ghetto Kraviz” and subsequent eponymous debut album catapulted her to into the spotlight, but she continued building her legacy as a champion of the underground with her expertly curated трип label. We spoke to Kraviz hot off the release of her new single “Skyscrapers”, her first solo release since 2019 and a bold journey into pop music. In this rare interview, Kraviz talks about her connection to home, her unusual career journey, and her love of the pop sounds of Roxy Music and using her voice as an instrument.