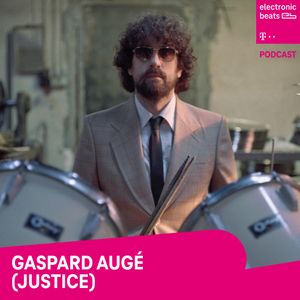 Gaspard Augé has always been obsessed with making larger-than-life music. Known to many as one half of Justice, the duo that united rock and rave in the mid-2000s and whose smash dancefloor hits defined a generation, his debut album, Escapades, is his most ambitious and satisfying solo effort to date. It's full of bombastic playfulness, sprawling dreamscapes, and heartfelt sugar rushes. In this episode, Gaspard Augé tells us about the cinematic inspirations behind the epic sounds on Escapades and what it was like to record the album in iconic Parisian studios Enterprise, and Motorbass Studios, the former home of the late great Philippe Zdar of Cassius. He also talks us through his formative years shaping the seminal Ed Banger imprint with friends and collaborators So Me, SebastiAn, Mr. Oizo, and the late DJ Mehdi, among others.