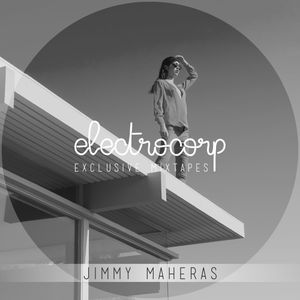 For the next installment of our new Electrocorp Mixtape Series we are happy to welcome Jimmy Maheras! From the City of Angels, nestled along the sun drenched streets of Southern-California, the Brooklyn bred, Los Angeles based DJ/Producer and Culprit A&R first made his big debut into the underground dance scene with “Space Jam,” a two track EP released via Crosstown Rebels sub-label, “Rebellion,” which included a monstruous remix from the likes of Matt Tolfrey. Since then, Jimmy has signed on many other labels including the Las Vegas by way of Los Angeles West Coast label Riff Raff and most recently NYC’s ever growing Stranjjur imprint which will foresee the release of his new EP due out this summer.