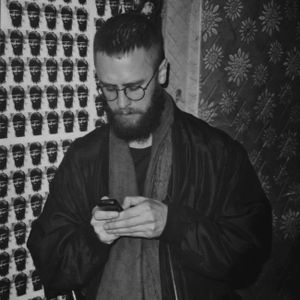 Moon Wheel is the independent project of Swedish artist and self-taught musician, Olle Holmberg. Following seven years in Melbourne as a member of experimental electronic group Pissypaw, Holmberg moved to Berlin, where his first production under the Moon Wheel moniker – a 13-minute drone work on a split cassette with post-punk outfit Ill Winds ­– was released on Noisekölln Tapes in 2012. Holmberg’s cerebral, shape-shifting compositions are inspired by “nature, history and wandering”, and synthesize electronic and organic sounds. As each piece is largely improvisational, his live performances do not recreate his repertoire, but rather experiment with creation as a process of discovery. In 2013 he makes his solo debut as part of the NNF family with a woozy headful of wandering new age rites and 'Surinam' released last month on Wool Recordings.

Thanks for listening Diego, Peace!