The Electric Adolescence Guide to Kraftwerk 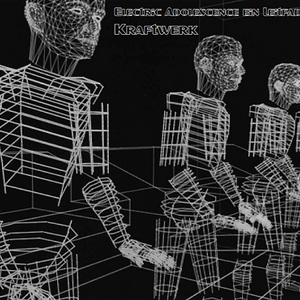 If every action triggers and equal but opposite reaction, it could be argued that Kraftwerk’s obsession with technology was a response to post-war regret. With the band presenting a version of Germany set far enough in the future to make its past seem light years away, the predictive nature of Ralf Hutter and Florian Schumann’s progression reads like a science fiction novel about man slowly consumed by the machines he helped devise.

Their early days were comprised of instrumental jams with a fluctuating lineup of musicians, using technology to accentuate unmistakably human musical behavior. The 1974 release of Autobahn would redefine the band to a point that they would all but dismiss the three records that proceeded it. Synthesizers and drum machines were impeccably suited to their ultramodern sensibilities, and the vocoder gave the the man-machine its voice. A critical consensus marks this as the heyday of their harmony between man and technology.