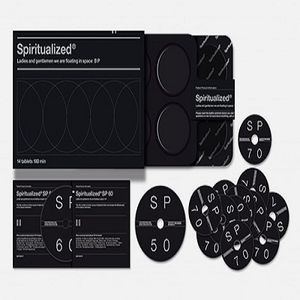 Having been introduced alongside Peter Kemper as the voice of Spacemen 3, Jason Pierce became the only permanent member of the band he reinvented as Spiritualized, and then kept reinventing with a fluxuating line-up of musicians that serve as his choir.

At once indecisive and self-assured, degenerate and holy, his signature sound takes traditional gospel on a heroin trip, embracing the many contradictions that seem to serve as his muse. At times the music seems to be tearing itself in two - some songs start with whispering vocals and then crash into a wall of violent guitar riffs, others begin with a rebellious scream before descending into a copse of angelic strings. The result is inspirational, yet unsafe. Like a priest with a sordid past, it speaks to our better angels while giving a knowing wink towards our worst demons.