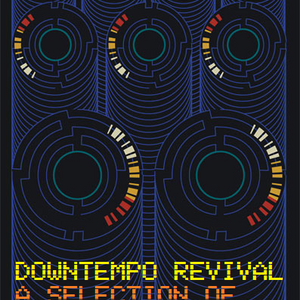 While Chill Out mixes were a CD collection staple through the second half of the nineties and slightly beyond, the style fell out of favor fast due largely to the saccharine Ibiza vibe that beset this era of electronic music, and also due to the rise of coffee shop culture that all but claimed the sound as its soundtrack.

The origins came the rave scene ‘chill out’ room as a refuge from the sometimes unrelenting dance music, aware that some people are in different stages of their trip. In these dimly lit rooms, trip hop, ambient, and gentle dance music would score heightened conversations, endless backrubs, and sweaty hugs that felt right at the time.

After a decade or so in exile, the stigma of this sound slowly faded and a new generation of artists could appreciate trip hop without stigma. This selection finds me assembling a selection that captures a similar spirit to the chill out mixes of yesteryear, featuring songs released in the last few months.