Is Air the Most Underrated Band of All Time? 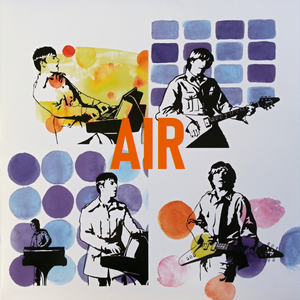 Is Air the Most Underrated Band of All Time?by Electric Adolescence

I may not stand by it forever, but at this exact moment I’m convinced that Air is the most underrated band of all time. This isn’t to say that they aren’t well known and critically lauded, their work has been a staple of above-average television commercials, fashion events, and an entire Sophia Coppola film, but they shouldn’t be a band where I have to ask people, “do you know Air?”. They should be a household name.

It’s possible the French duo was pigeonholed as being strictly an “easy listening” act, or simply dismissed as “lounge music”. Those are accurate descriptors, but their pop attempts don’t just echo acts like David Bowie, Brian Eno, and Beck, Air occasionally rises to those lofty standards.

Love this.
I found you via Prince and then found this.
I think Talkie Walkie is a total masterpiece!