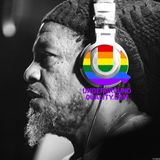 DJ Jus-Ed reveals an adventurous, energetic and spiritual style of playing quality music from house to techno. He has been spinning records since 1981 and his exposure to a wide range of experiences has shaped his unique musical viewpoint.
Jus-Ed's underground smooth sets have captured and educated audiences all the way from his former home in Bridgeport Connecticut to Europe, Asia, Eastern Europe, the Middle East and Africa. He is in the mainstream of all underground music and he has been quoted as one of the most prolific music producers in the scene for the past 15 years.

In 2001 Jus-Ed teamed up with DJ Vic Money (98.7 Kiss FM), to create the Underground Quality signature under which they began producing parties and helped re-grow the underground house community on the East Coast of America.
In 2004 this project turned into the now worldwide respect...