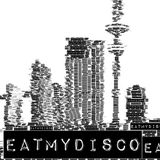 Never miss another
show from eatmydisco

Info
In March 2013 the DJ combo EATMYDISCO was founded - in April they signed with the label Audio Safari. Already at the end of April their first track was released on Audio Safari„Ambs & May – Miami Flip (EATMYDISCO REMIX)“.
How can this all happen so fast?
EATMYDISCO is originated out of the well-known Hamburg based DJ collective,
which has been around for more than 20 years nationally and internationally.
With time passing by, the musical taste of the guys changed and became more „mature“ – away from the mainstream electro house towards to true house music and melodic deep house sounds -EATMYDISCO was born.
Through their great existing network that they have built for years, credible bookings in credible venues came along fast, where EATMYDISCO could make a name for themselves and could easily convince due to their intuition for great music and love for true electronic sounds.
More infos:
https://www.facebook.com/EatMyDisco.de
http://www.beatport.com/search?query=Ea