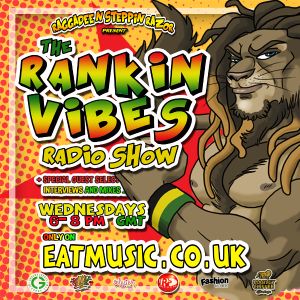 Raggadee and Steppin Razor. Log in, tun up, brock out!

Rankin Vibes Radio Show playing Reggae, Dub, Dancehall and Ska right across the spectrum from the UK to JA, with selectas on rotation: Raggadee and Steppin Razor, Corey British, Selecta Simon and Arash Torabi and with regular special guests, guest mixes and interviews from some of the scene's biggest and most influential artists. Login, tun up and BROCK OUT !!

Much love to you both x