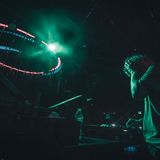 Mark was born and raised in Chicago, the birthplace of House Music. It was there that he fell in love with the underground music scene, and he began DJing at various bars and clubs around town. He brings his roots from the Chicago house scene into all the spaces where he creates sound.

Mark was inspired to journey to LA in 2017 where he attended Icon Collective and his focus became creating and producing. He honed his craft and broke through several genres, while still keeping house music in his blood.

The name eMMber was created out of the idea that an ember is a small piece of fire that is capable of lighting a mountain on fire. This concept defines the eMMber creative process. The spark of the smallest idea can become a wildfire burning through him that he brings to life.