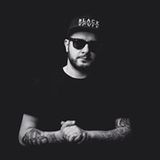 Since his childhood, recognized G-Dugz how important music became into his life. He got the inspiration from his older cousin, he was a big Hiphop fan and used to write rhymes. Some years later (1994) G-dugz bought his first HipHop tape (Criminal minds from krs-on).
He got inspired from that kind of music named "Hip Hop".
After he moved to Berlin(GER), his career began as a Hip Hop activist in the right way.
With that, his enthusiasm for Hip Hop became even more. He began to use his skills making beats and deejaying, where he stayed afterall.
Inspired of deejaying he started to perform at School- & Youth club parties in (NYC) and he made a small name GF1.
Also he made with his best friends: Terry. David and Chris a Hiphop crew named (Cold Mob).
In 1998 G-dugz decided to leave the U.S.A and travelled to Berlin(GER) to study. He got there the intention of the Hip-Hop scene what finally got him bookings for various