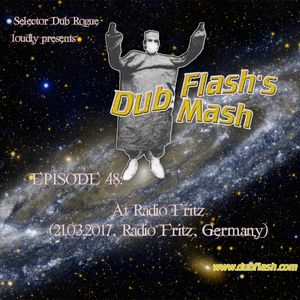 A (previously lost, but now re-discovered) recording from my guest appearance at Radio Fritz in summer 2005. Radio host Ole Stührmann is a long-time friend of mine. According to the jingle I assume the show was called "Mixtape". I believe it was on a Saturday afternoon.

The announcements are in German. The sound quality of the recording is a bit bad during some parts, because my mother taped the show to cassette and I digitalised it some 10 years later. I cleaned up the sound as much as I could. And now, while uploading all my shows to Mixcloud, I couldn't find my file anymore, so I downloaded the MP3 version I had uploaded to archive.org. Well anyway, originally uploaded to dubflash.com on 21st March 2017.