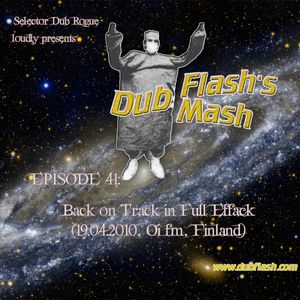 Look how crazy I spelled effect in the title. Original airdate: 19th April 2010 on radio Oi fm, Finland. Maybe. In episode 40, I mention that the show has a new timeslot: Thursday evenings. That would mean an airdate on either 15. or 22.4. is more likely.

Why were there no episodes from January to March 2010? I don't remember, but I know that I had my final exams at the uni during that time, so most likely I didn't find time to record shows due to learning and preparing.