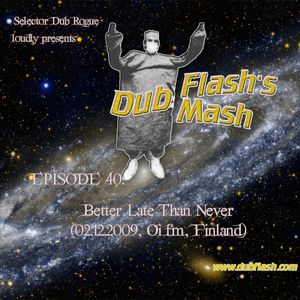 Although sometimes never might be better than late. Not sure whether this applies for this episode though. You gotta listen and judge for yourself. Original airdate: 2nd December 2009. However, this must be a mistake on my side, as I say in the show that the episode came one week late due to exams at the university. It also says that the show's spot got moved from Wednesday to Thursday, so if this show was supposed to air on 2.12., then I think that the correct airdate should say: 10th December 2009 on radio Oi fm, Finland.