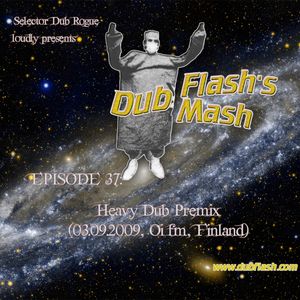 Promotion episode for an upcoming gig in Hamburg's legendary Rote Flora club with the just-as-legendary Pensi. We finished the night with a long friendly, but heavy dub-fi-dub session. It was an honor playing alongside Pensi. I did a 45 minutes guest mix for a loval radio station to promote the gig. I don't remember which station it was. There is no recording available. I added some intro and outro parts and re-used the set for my show on 3rd September 2009 on radio Oi fm, Finland.