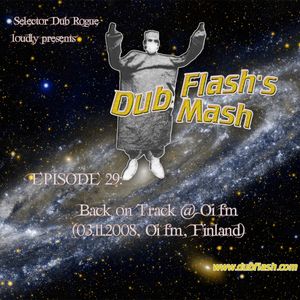 Note: I don't really remember how it happened that my show was suddenly back again on air at Oi fm 16 months after my internship there ended. A distant memory tries to convince me that I found out that the station was still airing repetitions of my shows on Monday evenings. According to my show archive, it seems that I then added one new show per month from November 2008 to December 2009. As to why it stopped again then? I have no idea. There is no reachable memory of it in my brain. Oi fm has been off the air since 2015.