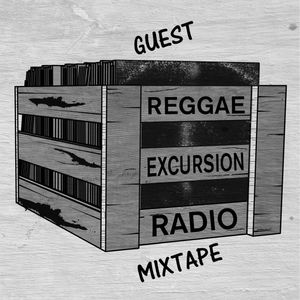 Jokah Jeff is a member of the Brussels based Reservoir Dub collective, which he founded in 2008 with AVL and Jamma Dim. He describes himself as a 'dub activist', playing roots reggae to steppers as a selector. Resevoir Dub started out as a radioshow, broadcasted biweekly on Radio Panik, but grew out to a collective hosting dances (with a.o. Aba Shanti-I, Dawa Hifi, Mad Professor and Panda Dub).

While recording this guest mixtape, Jeff got this lost in his selection, that he easily surpassed the one-hour time limit. But since the selection is great, we don't mind. Enjoy!