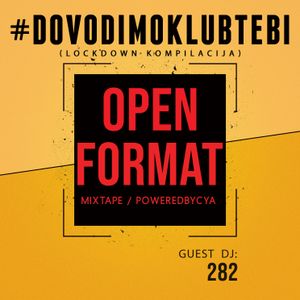 Born not so long ago in 1982. in time of pacman, Space Invaders and the MTV generation.... From an early age he has shown symptoms of addiction to television, music and video games, various gadgets such as tape, fidelity and gramophones and later on CDs, MiniDisc and PC which later proved to have become a big part in his life. 282 name is an abbreviation of the date of birth, as well as a symbol of what started it all 80's of last century. From the early age he was working in various clubs and cafes, as well in the radio station as a technician. After a while, he put the headphones on the peg and move to another great passion - video editing. It's been a few years break, and after watching DJ AM (RIP), Jazzy Jeff, Eskei 83 and others made a final decision to re purchase the equipment.