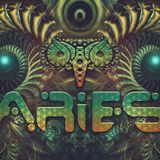 Never miss another
show from ARIES

Aries - Age Of Love
by ARIES

Aries - Escape The Reality
by ARIES

Sunflower b2b Aries - Welcome To Our Vibes
by ARIES

Born in Lithuania, Donatas aka ARIES started his musical journey in 2016. After 9 years visiting Psychedelic Music Parties and Festivals. His visit to Ozora and the amazing experiences he had there, pushed him to old dream of his.

Energetic Full On/Night Full On and Progressive Psy are his favourite styles. Aries chooses his tracks very wisely and careful for each gig, which keeps the crowd on dancefloor from start till the end.

He started his DJing career in the Magistrat, a club based in centrum of Den Hague (Netherlands). Played also in Lithuania some clubs and festivals, Denmark. But mostly in Netherlands.

Mixing style: Aries like to combine high energy Full On, Night Full On with High Energy (also :-D) Progressive Psy, often with some melodic vocals, using most echo effects, that, he guess, makes his sets a bit more aqoustic and spacey. And step by step trying to involve some Twilight and a little bit darker tunes, to make them more bouncy.
Email: donatas.naskevicius@gmail.com