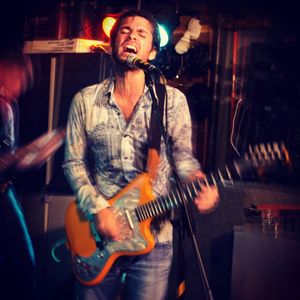 I have described Miami Beach’s Ex Norwegian as the best band of the past decade. Roger Houdaille’s outfit have an exceptional back catalogue that majors on Pop Rock and Psych Pop. 2018’s No Sleep made it I Don’t Hear A Single’s Album Of The Year and Last Year’s 2 CD Best Of, Something Unreal was our Compilation of the year.

2020 is Psych Pop year for the band. Two albums are released by the band on June 5th. Hue Spotting is an original Psych Pop masterpiece. Spotting Hues is a sister album of wonderful obscure Psych covers. The first of two sessions was recorded this month. The second was recorded early this year.

John Howard is a Singer Songwriter snd a national treasure. His 70’s Output was and still is extraordinarily good. The early 2000’s saw a welcome realisation of how great an album, Kid In A Big World was and all that attention led to the album being reissued in 2003.

John has since nine new albums plus numerous EPs. All receive critical acclaim and rightly so.

I Don't Hear A Single2y ago

More from I Don't Hear A Single